Calla lilies are popular garden and household plants native to South Africa. Their botanical name is Zantedeschia and they are mainly grown for their beautiful, asymmetrical, “spathe” shaped blooms. Each flower’s colored petal-like leaf is cup-shaped and wraps around a typically yellow finger-like stalk.

Surprisingly, calla lilies are not lilies at all! They were first catalogued in the 18th century by a Swedish botanist who mistakenly named this flower calla lily. Not long after, a German botanist realized this error in classification and created the genus Zantedeschia, but it was already too late. The name calla lily stuck. 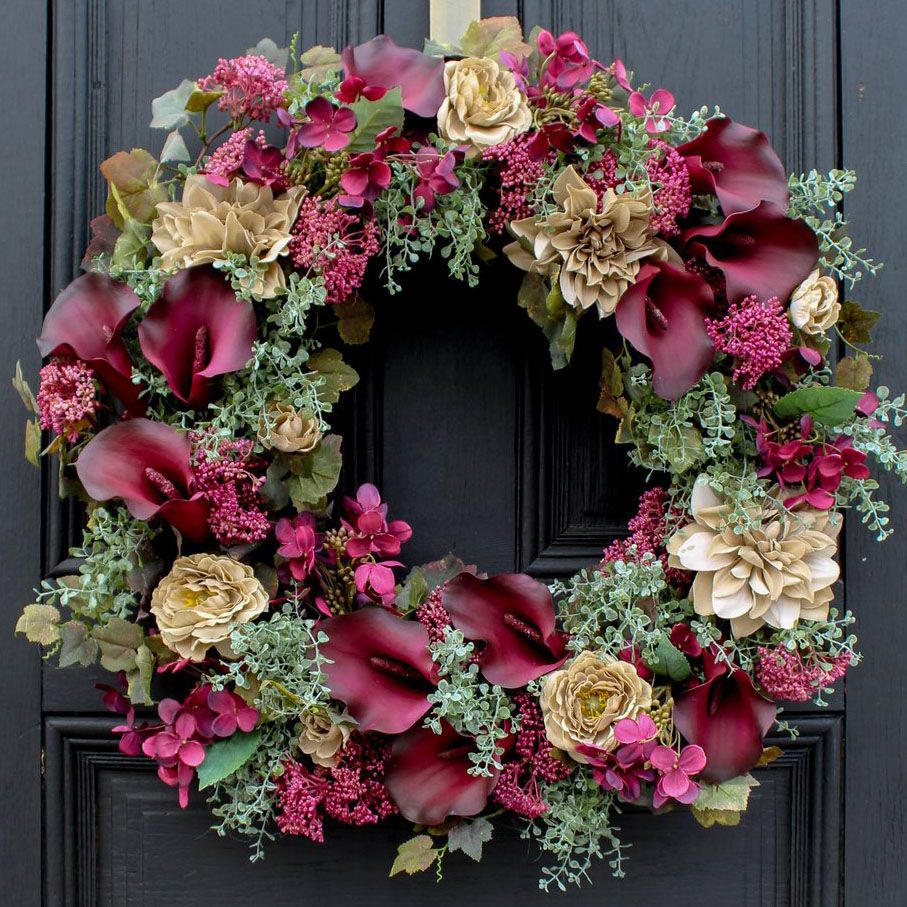 Something fascinating about callas that many do not know is that the showy colored part most think of as the flower’s petal is actually a modified leaf! A calla lily’s true flowers are very tiny and found on the finger-like spoke nestles inside the colored cup-like “petal.”

These flowers grow on leafless flower stalks. They reach 1 to 3 feet in height on average and have a diameter of up to about 1.5 feet when fully grown. The green leaves are shaped like arrowheads and usually have white or silver speckles. When back-lit, spotted leaves have a beautiful, almost stained glass effect. 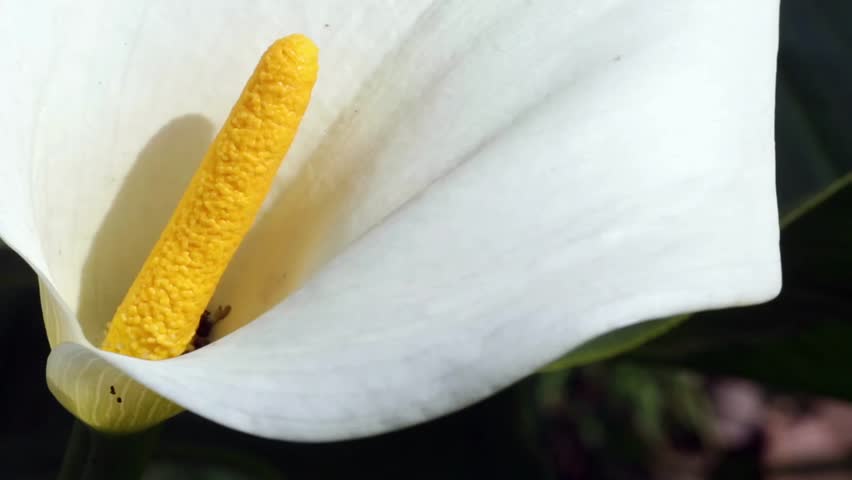 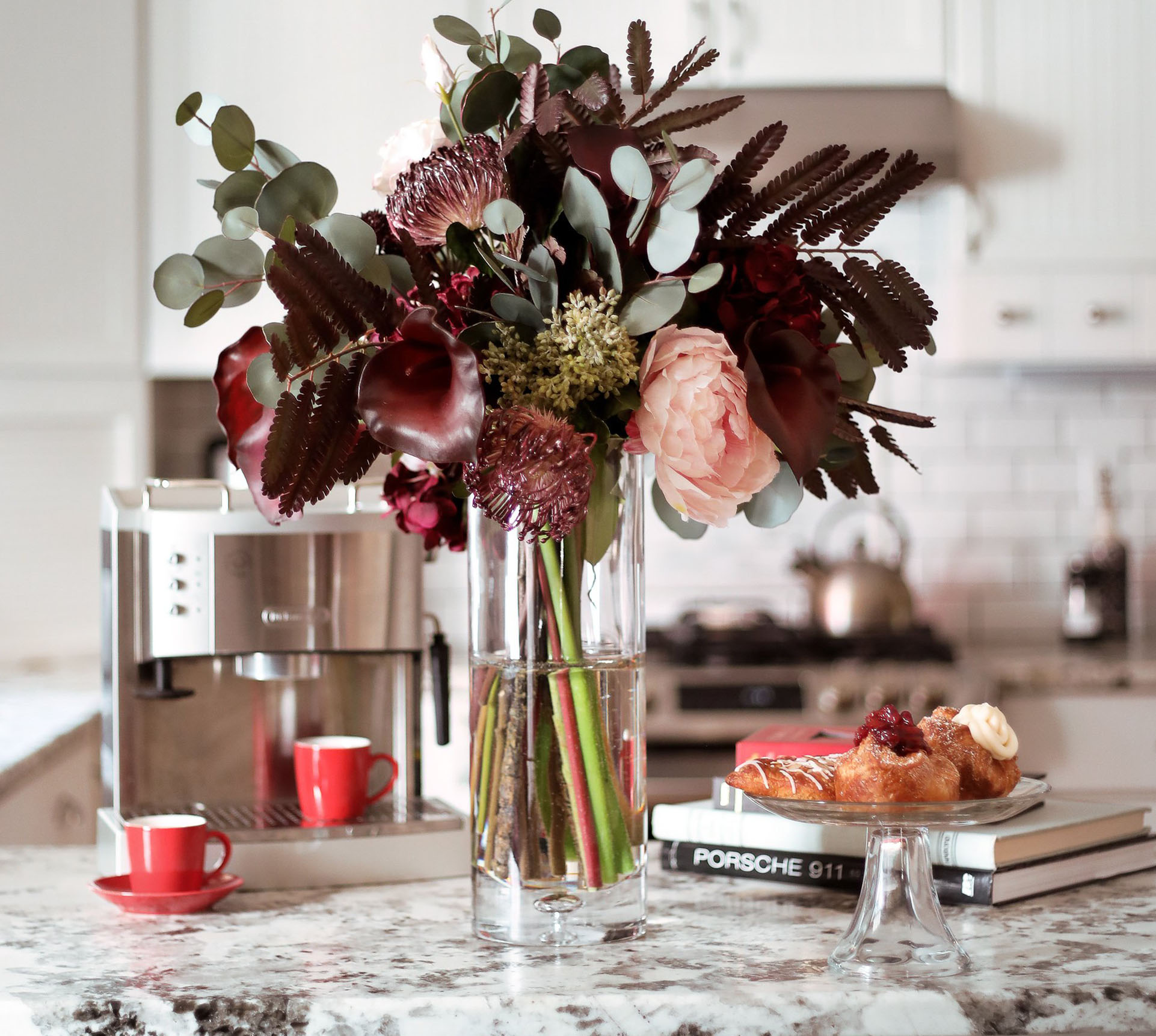 These elegant blooms have a long, rich history that is quite contradicting. One popular meaning expresses the ideas of life and fertility while the other is that callas are a well known symbol of death, making them popular in both weddings and funerals.

The first meaning originated from ancient Greek culture where the flower was known to represent magnificent beauty. In the tale about Hercules as a baby, his father, Greek god Zues, conceived him with an earthly women which meant baby Hercules would lack devine, supernatural powers. Zues drugged his goddess wife Hera to trick her into nursing the baby so we would be given divine powers. 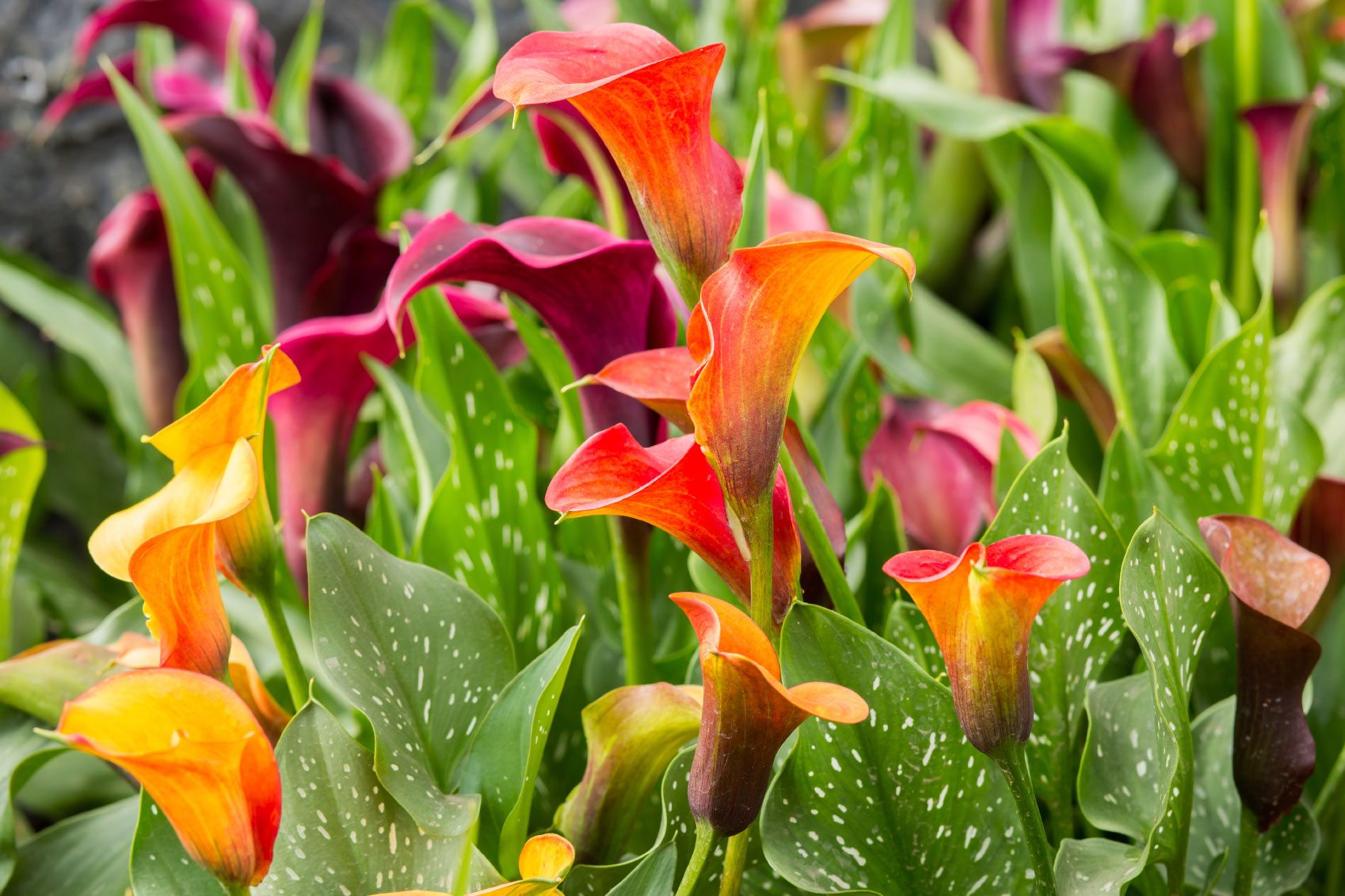 The legend continues, when the drug wore off, wife Hera realized what was going on and flung the nursing baby from her breast. In the process of doing this, drops of her breast milk splashed onto the earth and sprouted calla lilies. The Greek believed these flowers embodied god-like beauty that was so stunning, it made goddess Venus very jealous! Venus cursed the blooms, which supposedly resulted in the formation of the central spike inside the colored, cup-shaped leaf.

Callas are a popular flower for weddings. The white petal of a calla represents the chastness of the bride, with the inner finger-like spoke symbolizing her expectation of fertility. Over time with continued use in weddings, they have grown to symbolize marital bliss and true devotion. 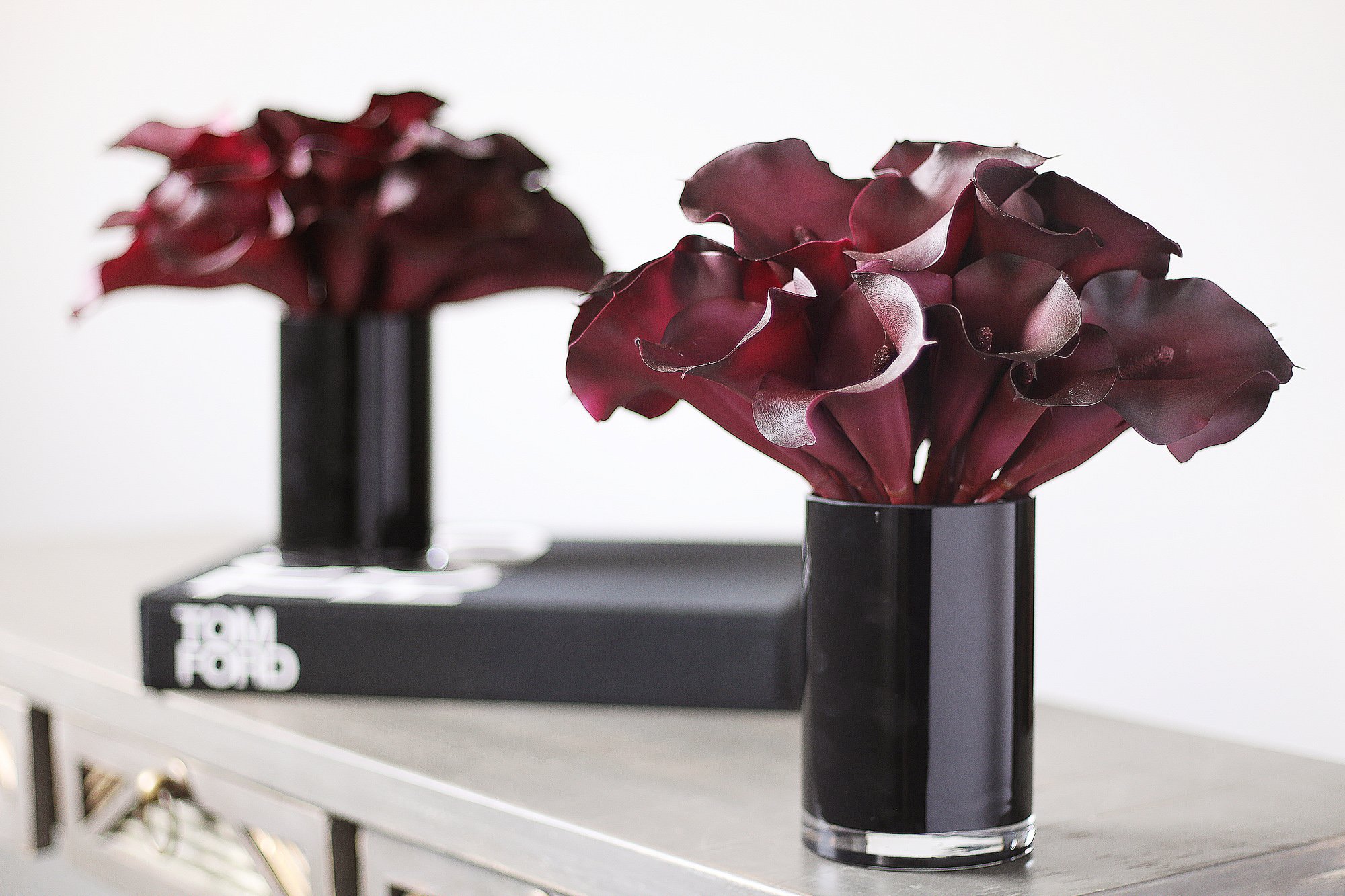 Every part of calla lily plants are very toxic and should not be eaten. These plants contain insoluble calcium oxalate crystals. Ingesting these plants or even allowing the sap to get on your skin allows the crystals to penetrate body tissue, creating a painful burning sensation. Pets including cats and dogs react to these plants the same way humans do so it is important to keep them away from these blooms. 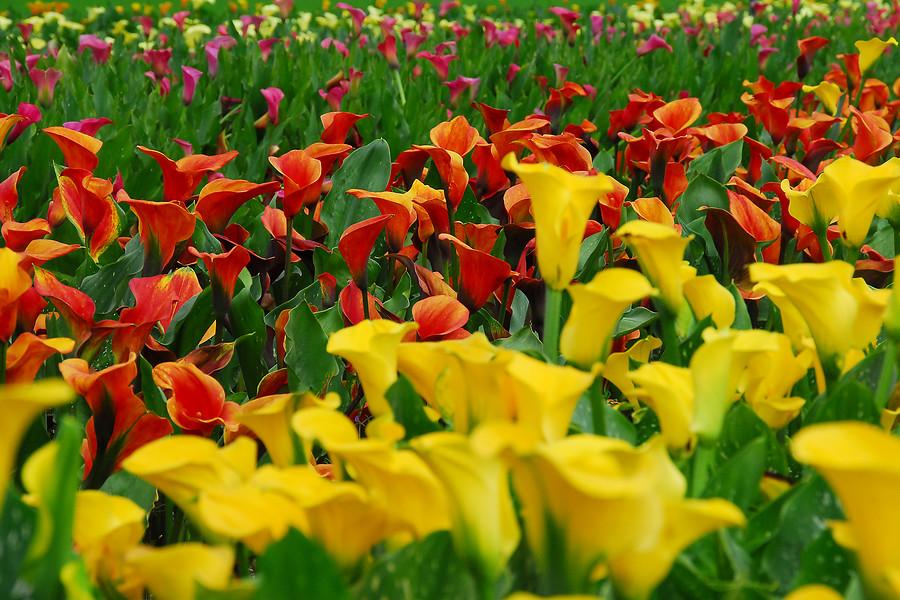 Calla lilies grow from rhizomes, meaning it sends out roots and shoots from its nodes. They are ideal for use outside in beds or as borders. They can also be grown outdoors in containers or inside by a sunny window as houseplants.

These blooms are easy to grow and typically do not require much attention. It is important to plant or grow them in the right location in order for them to thrive. Calla lilies prefer loose, well-drained soil, full sun or partial shade and a warmer climate. They should be planted or placed outside after the threat of frost has passed. Bulbs should be dug up and stored in a cool, dry place for the winter and brought back out for the spring after the risk of frost. 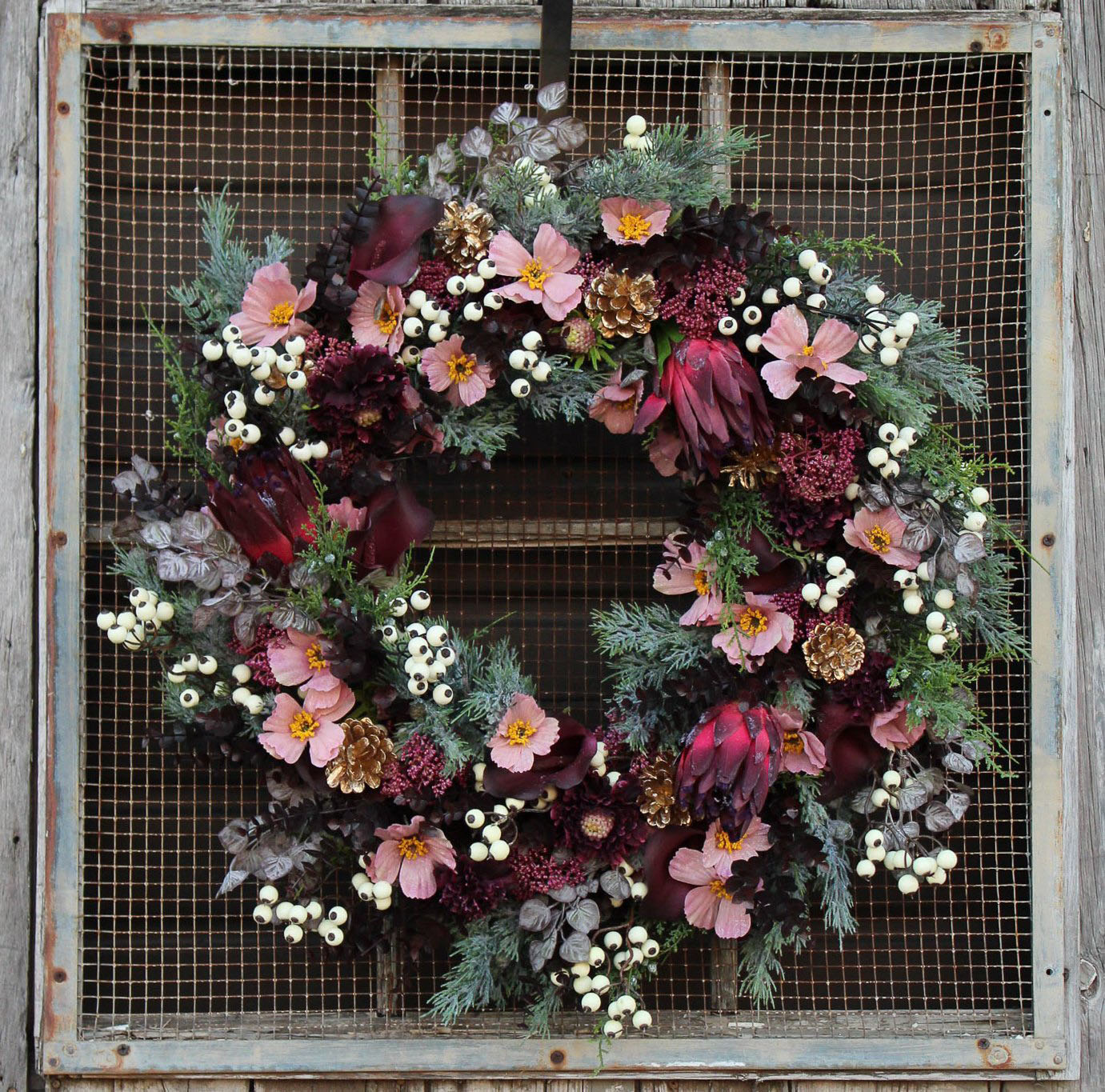